The Doors live at the Dinner Key Auditorium… The Rolling Stones live at Altamont Speedway… Creedence Clearwater Revival live at the Royal Albert Hall… Madonna live at the Wembley Stadium… Michael Jackson live at the Madison Square Garden… Legendary as they are, these musicians are but a single component in the entire concert experience.

With the employment of LED sign displays, it’s easy to see why technology has helped a lot in producing concerts that stand out. Still it’s the concerts of yesteryears that made their way to every list of history’s greatest.

First things first, of course. People show up to watch their favorite artists. But it’s totally up to the performers to really work the stage and the audience. Their goal is to show the audience that they are just as good live as they are on record. The live act is an amplification of what people hear on the radio. Remember, music is meant to uplift the spirit, and so it should stay that way.

A good sound system is definitely an essential part of the equation. Bad sound quality will hurt a good band’s performance.

Michael Jackson. Madison Square Garden. Seriously, how can you go wrong? Some venues add to the overall mood of the concert. A venue that has a lot of history in it will definitely psych up the performer. It’s an honor for artists to play at certain venues. 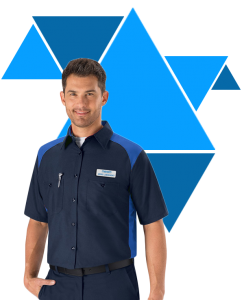 It is always good to start on time. Especially for classical music fans, time is of the essence whereas rock fans may not mind a couple of minutes of delay. But make it a little longer and you may feel unwelcome the entire time. Pop music fans on the other hand tend to forget an hour of delay the moment the singer/dancer starts sashaying his or her way to the stage.

The general mood of the concert, as well as a little ostentatious display should boost the entire experience. Lighting, fireworks display, additional instruments and effects, all of these play a key role in coming up with a great sonic buffet. Music fans today are lucky because of the emergence of programmable LED signs that can accommodate videos. You don’t even have to be there physically to know how LED signs work them crowds in concerts!

Updating Your Risk Management Strategy For 2022

The Best Colors For Outdoor Signs

The Difference Between LED Digital Signage and TVs