How to Give Your LED Sign’s Message More Impact

As it turns out, words matter. But it’s not just the content of your LED Signs Message that matters—the shape and appearance of your font is also really, really important.

It’s the age-old debate of whether to hit the caps-lock button when writing your sign’s message, or just stick to regular old sentence case like I’m writing right now. Maybe if You’re a Maverick You Use Title Case.

All-Caps is a No-Go 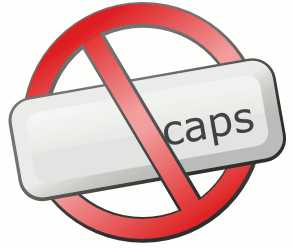 Well, the thing about all-caps is that it takes longer for us to read. That’s simply because our eyes and brains are used to seeing text written in sentence case, and we’ve been conditioned that way since we learned how to read.

Cattell, a psycholinguist, suggested in 1886 that when we read, we tend to associate words with meaning according to their shape, and switching to all caps messes up our brain’s ability to decipher what we’re reading.

Another interesting thing about associating words with their shapes is that we can read words or even entire paragraphs written with the words’ spelling entirely scrambled, as long as the first and last letters of each word remain the same. Taht mnaes you can raed tihs eliasy, even though it’s just gibberish. 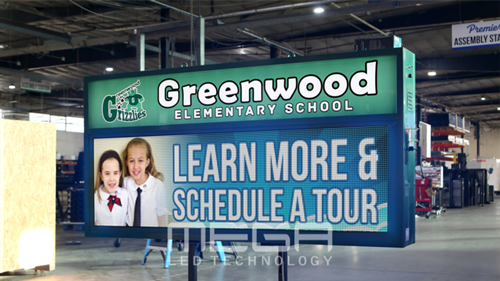 On average, you’ve got five seconds or less to make a lasting and meaningful impression with your sign. The easier it is for targets to read you message, the easier it will be for you to get your point across.

Messages in all caps force your reader to slow down, putting some messages over that 5-second window of opportunity and making your content virtually useless.

Although caps certainly have a place in your content (such as for emphasis), an all-caps message just isn’t as effective as one written in sentence case or with mixed capital and lowercase letters.

Words written in caps are emphasized, and we automatically associate them with more important information. Something like a discounted price or the start of a sale might be mentioned in caps, while the length of the sale or other background information would be better written in lowercase.

LED Lets You Test ‘Til Perfection

Of course, the beauty of LED signs means you can test your LED Signs Message to your heart’s content. If you’ve already found your killer messaging, try tweaking which words appear capitalized and which are in lowercase, and see which combination has the biggest effect for your business.

LED signs give you incredible potential for reaching new customers—all you have to do is figure out how to say it.

LED Sign Best Practices: How to Use LED Signs for Business