How to Maximize Your LED Signs Image Quality

LED signs are fundamentally different from your typical TV or computer screen, meaning your sign’s visuals have to be formatted correctly.
Choosing the wrong images is a surefire way to decrease the effectiveness of your sales message—today, we’ll show you how to maximize LED Signs Image Quality maximum selling power. 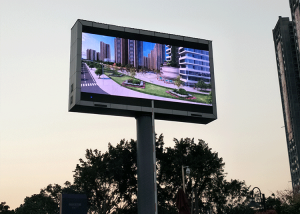 Compared to your computer screen, LED signs usually have a much lower resolution. LED signs are big, meaning they need fewer pixels to display a message to motorists on the highway than your computer does when it’s right in front of your face.
Using a very large image on your LED sign causes much of the information to be left out as it’s mashed and squeezed into a much smaller resolution. That means text and small details will become lost.

Besides resolution, LED signs are built in a ratio that’s more similar to a movie theater screen than a TV or computer monitor. It’s not uncommon for LEDs to be built in a shape that’s three times as long as it is tall.

Using images built for another type of display means your pictures will get distorted and compressed in weird ways.

Luckily, there’s a simple solution—all you need to do is format your image. Just about any image editor—even Microsoft Paint—is capable of resizing images into different resolutions and ratios.

Resize your images by hand before uploading them to your LED sign to avoid frustrating quality issues when your ad is ready for primetime but your visuals aren’t.

It’s also worth noting that the more complex your font is, the more likely it will be distorted by your LED signboard. Stick to simple sans serif fonts (like tried-and-true Arial) for best results.

LED signs have their quirks that makes it unwise to just grab any old image and toss it onto your sign. Familiarize yourself with your sign’s individual resolution and format your images and font to create the best sales messages on the planet. Your business will thank you later.

6 Elements of a Great Retail LED

3 Kinds of Businesses that Can Benefit from Indoor LED Sign

5 ways To Measure The ROI Of Your Electronic Signs

How To Measure The ROI Of Your Electronic Signs